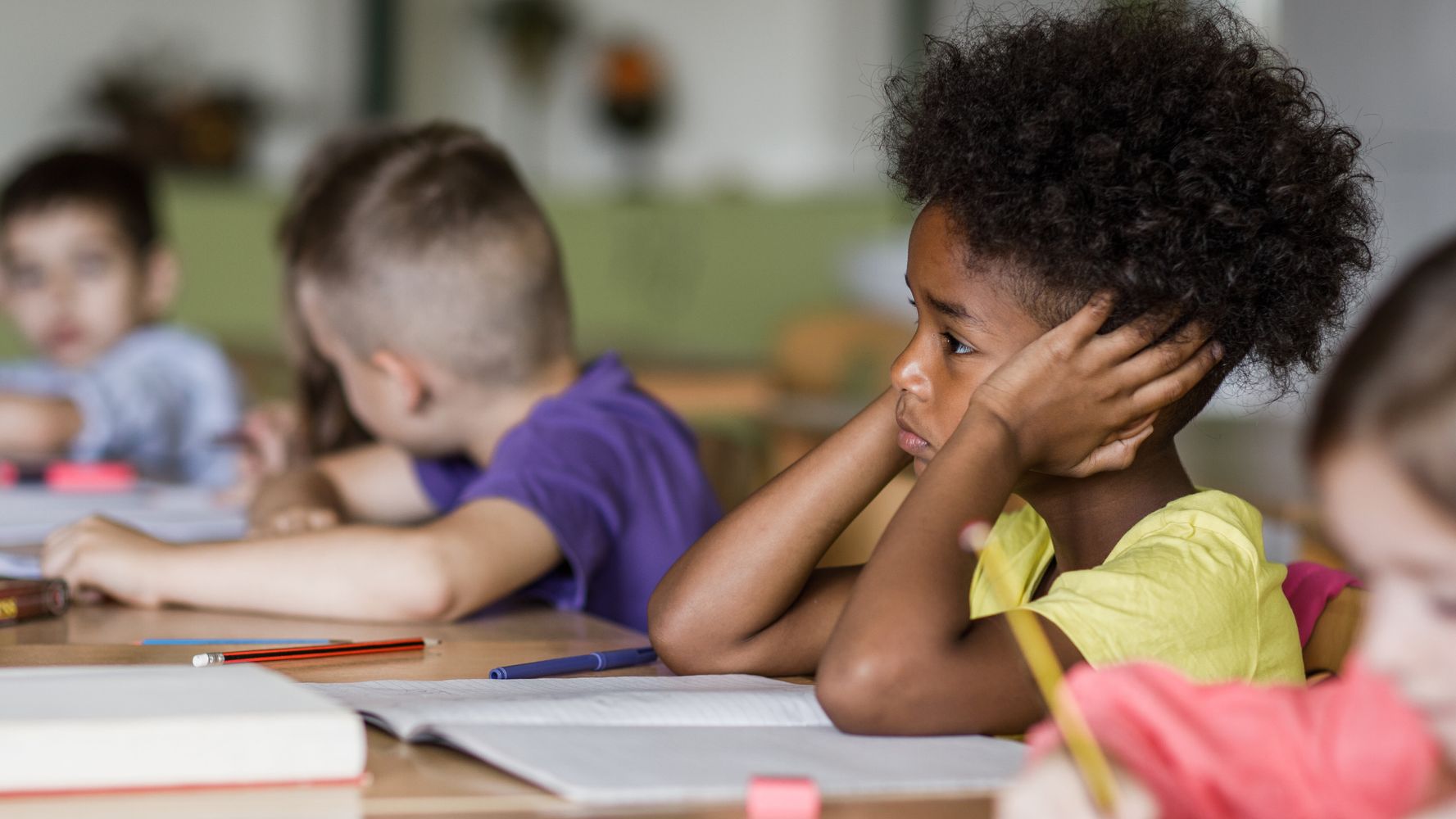 For kids of color, the news cycle this month has been haunting. The trial of former police officer Derek Chauvin was on news channels everywhere, forcing Black people to be retraumatized by video after video of George Floyd, a Black man, begging for his life and crying out for his mother.

There has also been an alarming number of young people of color shot by the police lately: Daunte Wright, 20, was killed near Minneapolis at a traffic stop, just miles from where George Floyd was killed. Less than a week later, Chicago police released graphic footage of an officer killing 13-year-old Adam Toledo in what was initially labeled “armed confrontation.” (Toledo, a seventh grader, does not appear to be holding a weapon at the moment he’s shot, but police video shows a handgun near the spot where he fell.)

It’s hard for adults to process the alarming regularity of these shootings. For children, it’s even more difficult. Their mental health is the silent collateral damage each time a Black or brown man or woman ― or a child, just like them ― is killed by the police.

For some parents of color, giving their kids mental health days from school if the child is shaken by a new shooting has helped to alleviate the stress and the vicarious trauma felt in these moments.

Janet R. Damon, a librarian and the mother of a 10-year-old girl, is a big proponent of the mental wellness day, especially in the last year.

Sometimes taking a mental health day means she and her daughter talk about how they feel and then explore ways to feel nurtured or supported. They’re part of a Black to Nature Book Club, where kids read books and go for hikes, so they might do some related reading to reduce stress.

“We have to teach youth how to care for themselves if we want them to thrive in an increasingly complex world.”

But there doesn’t always need to be an itinerary.

“The other day, my daughter told me she needed a day to ‘take care of her heart,’” Damon, the author of the “Raising the Revolution” blog, told HuffPost. “I told her to message her teacher and let her know she wouldn’t be attending remote learning that day.”

Instead of class, Damon’s daughter made a slime station in their living room and then used her microscope to examine a mold sample she was growing on a petri dish.

By the end of the day, she told her mom, “I feel a little bored now. I can’t wait to go back to school tomorrow.”

That day of self-reflection made it easier for both mother and daughter to process a rough week.

“We have to teach youth how to care for themselves if we want them to thrive in an increasingly complex world,” Damon said.

The idea of kids taking self-care days just like adults may be unconventional to some, but it’s gaining traction. In 2018, Utah lawmakers expanded the definition of an excused school absence to include mental, as well as physical, illness. The following year, Oregon passed a similar law recognizing mental or behavioral health concerns as valid reasons to miss school. Other states have since followed suit by enacting (or proposing) similar measures.

Ann-Louise Lockhart — a pediatric psychologist at A New Day Pediatric Psychology and a parent coach — told HuffPost that though mental health days for kids may seem unorthodox or even unnecessary to some parents, in a pandemic environment, “free days” are much needed.

“This past year has been brutal. The pandemic, lockdown and physical distancing has now spanned two academic years for students,” she said. “With students on screens even more, having more access to social media and news media, and not having many activities to capture their attention, they’re absorbing so much of what is going on in the world.

It’s not just fatal police shootings that kids of color need to process right now. The coronavirus itself has been harder on them; one study found that Hispanic children were hospitalized at a rate eight times higher than white kids, and Black children were hospitalized at a rate five times higher. (That tracks with rates in the general population; Hispanic and Native Americans have been hospitalized and killed by COVID-19 at much higher rates than other groups, exposing stark, longstanding racial disparities in the U.S. health care system.)

For students of color, they need self-care days when they can check out, not do schoolwork and have time to disconnect, Lockhart said. (The need really can’t be overstated; according to a study published in Proceedings of the National Academy of Sciences of the United States of America, Black Americans reported poorer mental health than white Americans in the days and weeks after instances of anti-Black violence in the news.)

“Self-care days provide students with balance and a break,” she said. “It also shows them that the adults in their lives prioritize their mental health.”

“With everything going on, I wanted to ensure she had days where she would not be under pressure to do anything but exist in her skin.”

– Raven Taylor, a mom of two in New York City

Raven Taylor, a mom of a 13-year-old daughter and 4-year-old son in New York City, said that’s the primary reason she allows her daughter to take a day if she needs it. (Taylor admits that it’s a privilege; not every parent can stay home with their kids or has generous paid time off.)

“I want her to learn agency over her well-being at an early age,” Taylor said. “You don’t earn self-care days. You take them when you need them without thought that you may be denied.”

Taylor makes sure her daughter has completed any assignments she has due and emails teachers providing her contact information. So far, teachers have been extremely supportive.

“With everything going on, I wanted to ensure my daughter had days where she would not be under pressure to do anything but exist in her skin,” the mom-of-two said.

For students in college, many universities have allotted mental health days. Rosalind Dale, an associate dean of the college of agriculture and environmental sciences at North Carolina Agricultural and Technical State University, takes self-care days and encourages her son to take them as well. (He’s a student at the same university.)

“For our family, that means cooking a meal together, gardening, a trip to our favorite ice cream shop, watching a move or Bible study,” she said. “It’s a stressful time dealing with the pandemic, and being constantly reminded about how vulnerable and indispensable Black men and children are does not help.”

What to tell your child’s teacher

The therapist and parents we spoke to had ideas about how to ask for the day off.

Lockhart, the pediatric psychologist, said that as a parent, you don’t need to over-explain why your child needs a mental health day. She suggested something simple, along the lines of:

We truly appreciate you. Signed, Your name here

Depending on the child’s age, Damon thinks parents should encourage kids to have some agency in crafting their own absence notification.

But if a parent wants to intervene, they can also say, “As a family, we are centering self-awareness and teaching our children to talk about their emotional needs. Today _______ recognizes that she/her/they need time to take care to do self-care/soul-care, and they will be back in class soon.”

Let your kids see what you write and remind them that taking a mental health day isn’t about blowing off their responsibilities; it’s about prioritizing a more holistic view of their health.

“The message you’re sending to kids when we give them the space to take a mental health day or days is that their psychological and emotional well-being are really important,” Lockhart said. “We are showing them that academics is not the priority when our mental state is taxed.”