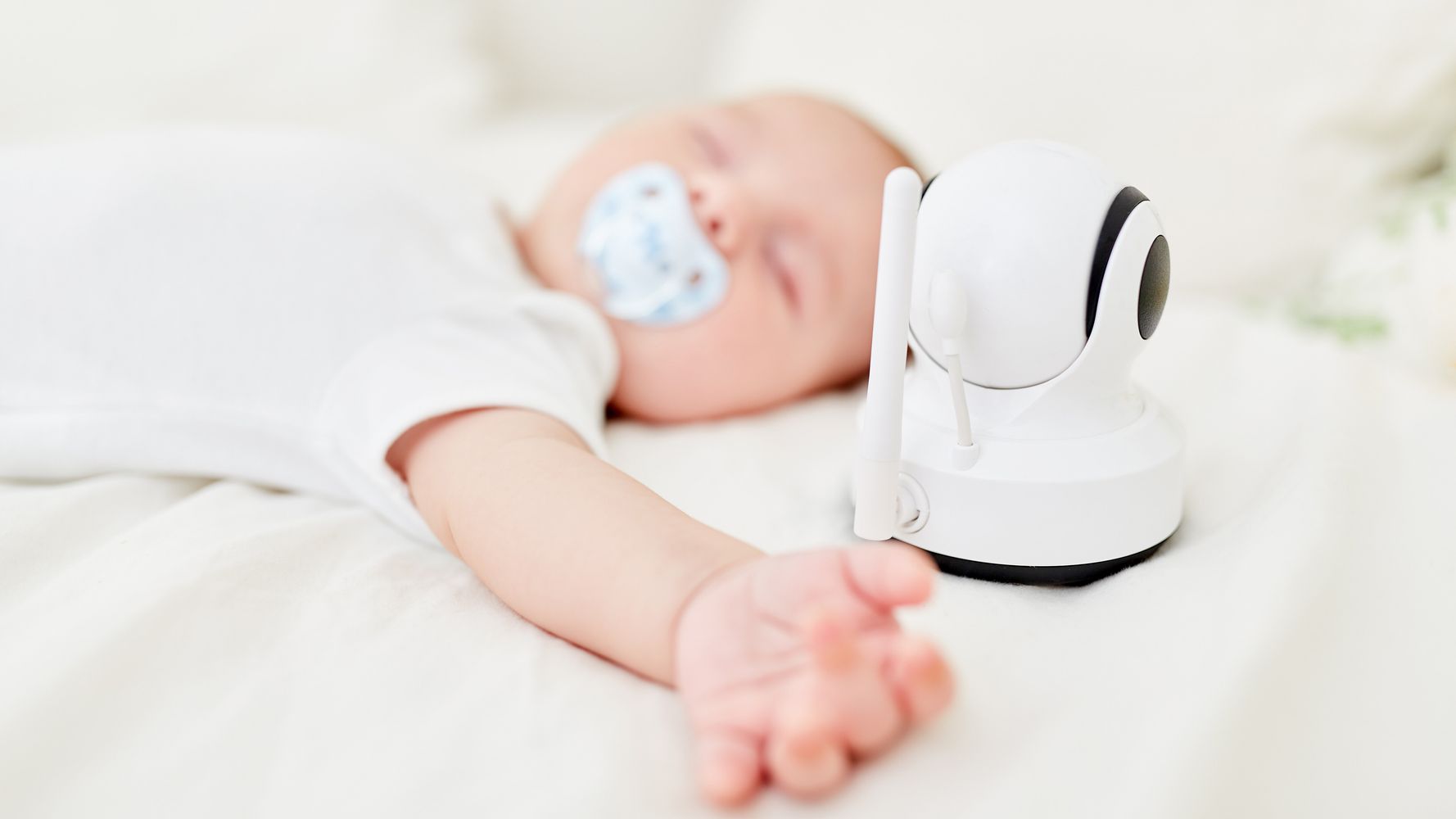 Like basically every form of modern technology, baby monitors have improved dramatically even in just the past few years. The signal range is great. The screen resolution is high enough to show actual babies, rather than amorphous gray blobs. And even though WiFi devices raise some valid hacking concerns, parents can use them to check on their little ones while they’re out and about. Modern baby monitors really do offer exhausted parents some very welcome peace of mind.

But once you’ve grown accustomed to being able to watch and hear your child throughout the night, it can be surprisingly difficult to stop. My husband and I rarely used monitors at home with either of our children (we live in a tiny New York City apartment, so it became clear to us early on that we would always know when one of our babies was up), but we did use them when we visited friends and family. And whenever we returned home, I’d inevitably feel unmoored and unsettled, wondering what was actually going on now that I wasn’t watching them all the time. For parents who’ve gotten used to watching their babies for longer periods of time, suddenly going monitor-free is likely even more jarring.

So HuffPost Parents spoke to experts about the benefits of baby monitors, as well as some best practices around how and when to give them up.

The case for baby monitors.

Groups such as the American Academy of Pediatrics do not offer any broad recommendations around baby monitors, though the AAP has weighed in on home apnea monitors. Those are different from standard video or audio monitors because they track the breathing and heart rate of snoozing babies. And the group does not recommend them for routine use, arguing that they do not protect against sudden infant death syndrome and may cause parents unnecessary stress.

But in the absence of broader guidance, many infant sleep experts (and, of course, many, many parents) are big fans of using video or audio monitors to keep tabs on their little ones throughout the night.

“I recommend a baby monitor, specifically a video monitor, from birth until at least 4 years of age,” Katie DiMonico, a registered nurse and pediatric sleep consultant with Bee Wise Sleep Consulting, told HuffPost. “The main benefit is safety. With a video monitor, you can ensure safe sleep positioning for a baby in a crib. For a toddler, you can visualize if they are climbing out of their crib or if they are doing a potentially dangerous activity (climbing other furniture, playing with the curtains, etc).”

Monitors can help parents get sleep themselves and establish strong sleep habits in children from a young age, because they give parents a way to differentiate between a full-on awakening (which might require you to head in) and something more mild (which the baby can sort out on their own, depending on their age and circumstances).

“A video monitor gives you the opportunity to assess if your baby is really awake or just making noises,” DiMonico added. “It can prevent the parent from entering the room and potentially disturbing their sleep.”

Monitors have benefits for toddlers — and parents! — too.

Again, DiMonico suggests using a baby monitor up until kids are about 4 or so — or at least until they’re old enough to leave the room for assistance during the night if they need it.

And really, it’s as much for parents as it is for children. That’s because monitors “offer anxious parents a much-needed sense of security — especially if the child’s bedroom is too far away for the parents to hear a cry during a daytime nap or at night,” said Aubrey Hargis, a parenting coach and author of “Toddler Discipline for Every Age and Stage.” “They can allow an anxious parent to feel comfortable working or relaxing in other areas of their home while their child sleeps.”

In other words: Monitors can really expand parents’ sense of freedom by giving them an easier way to connect and check in.

One word of caution, however: Some parents may “overuse” monitors and unintentionally ramp up their own feelings of anxiety. Monitors can be, in a sense, a form of helicopter parenting, which is “ultimately unhelpful for facilitating a healthy relationship between parent and child,” Hargis said. Using a monitor every night could also make it difficult for you to get the recommended amount of sleep (once you’ve made it through the rocky early months of parenthood) if you wake up every time you hear your kiddo cough or move.

Hargis added that some level of nighttime shenanigans is developmentally appropriate — and perfectly fine.

“Most of us have seen the viral videos of the circus acts that can occasionally happen in children’s bedrooms when they’re supposed to be sleeping,” she said. “Sneaking out of bed to play is normal for children, and this is generally not cause for concern as long as they are getting enough rest overall with naps or early bedtimes.”

Beyond age 4 or so, you really need to think about their privacy.

Remember, there are no hard and fast rules around any of this — nor is there any sort of research that’s really looked into it. But as a general rule of thumb, by the time your kiddo has made it through the toddler years, you probably should say goodbye to the monitor if you haven’t already.

“There does eventually come a point where video technology can interfere with a child’s own sense of privacy. As children develop a conscious awareness of their world, they may become aware that they are being observed. We typically see this consciousness develop around age 2.5,” Hargis said. “By the time a child is 4, she may have started modifying her behavior because she does not want to be watched playing in a certain way.”

Of course, knowing exactly how much privacy to give your child — and when — is a difficult balance that continues through the teenage years and beyond. So consider this a small preview of what’s to come, and keep in mind that it truly is important, developmentally, to give your child some room.

“It’s also important to allow our children to have the freedom to have some space away from us, and know that they can be trusted to make safe, playful choices on their own,” Hargis said.

Doctors Have ID’d A New Sleep Disorder In Kids. Here’s What Parents Should Know.

COVID-19 Has Thrown Off Bedtime Routines. Here’s How To Get Back On Track