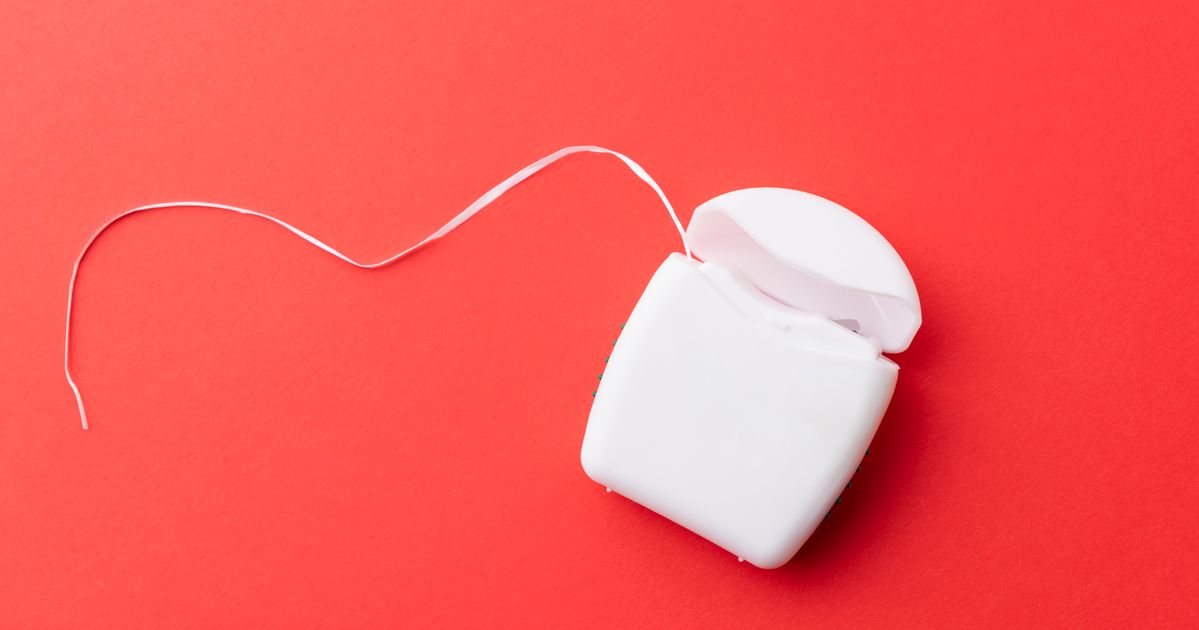 Picture this: You’re at the dentist for your checkup. You think your pearly whites are perfect since you brush two times a day with a quality toothpaste, but then the dentist asks, “Have you been flossing?”

If you’re like me, you probably lie through your teeth (literally). However, you may want to think twice about skipping over the floss during your brushing routine the next time. It may cause problems with your teeth that could be easily prevented just by adding a little extra time to your dental hygiene routine every day.

Curious how? Here are seven problems you may experience if you don’t floss, according to dentists:

If you’re brushing your teeth and you notice that your gums are bleeding, that could indicate that you’re not flossing enough.

“If you don’t floss regularly, plaque builds up and can cause gingivitis, or inflammation of the gums,” said Dr. Lilya Horowitz, a dentist at Domino Dental in New York. “Signs of this include red, swollen or bleeding gums. If this isn’t treated, the plaque will continue to build up and cause gum disease.”

Dr. Gary Liu, a pediatric dentist at Kind Smiles in California, said that gum disease can also increase a person’s risk for heart disease and complications during pregnancy.

Some other reasons your gums may be bleeding are if you’re brushing too hard, taking blood thinners or wearing dentures that don’t fit properly. If you notice that this is an ongoing problem, you’ll want to visit your dentist as soon as possible to get that looked at.

Halitosis is the scientific name for “bad breath,” and the most common culprit is poor dental hygiene, which may include a lack of flossing.

“The most common cause of bad breath is waste from bacteria and dead skin cells and food particles in the mouth,” said Dr. Brian Harris, a dentist and the lead medical adviser for Snow and Frost Oral Care. “Flossing allows you to remove such particles, which will give you fresh breath and increased self-confidence.”

You may think that baby teeth are the only ones that fall out. However, for those who don’t floss enough, tooth loss could still become a reality.

“Without flossing, your teeth can become loose, fall out or need to be removed by a dentist after decay,” Horowitz said.

Tooth loss is more common in men and those older than 35. It can also stem from having high blood pressure, diabetes or rheumatoid arthritis, and those are issues you and your dentist will want to rule out before assuming that this problem is solely caused by lack of flossing.

From a young age, you were probably told to stay away from sugar and soda because it would give you cavities. Though that’s not totally out of the question, cavities can also be caused by not flossing enough.

“If you don’t floss regularly, plaque will form between the teeth, and the bacteria in the plaque can turn sugar from food and drinks into acid, which can slowly eat away at the teeth, causing a cavity,” Harris said.

Tartar, also known as dental calculus, develops when leftover food particles mix with bacteria in the mouth. If you’ve started to notice a yellowish-brown buildup around your teeth, that could be from not flossing enough.

“Tartar builds up when plaque remains between the teeth for an extended period of time,” Liu said.

How To Start Flossing Properly

Liu recommended flossing directly after brushing your teeth so the fluoride in the toothpaste can be flossed between the teeth. To do it properly, break off about 18 inches of floss and wind each end around your middle fingers. Then hold the ends between your thumbs and forefingers. Pull the floss taut. Guide the floss between each of your teeth and use a gentle rubbing motion.

The type of floss you use matters, too, Liu said. Here are some you may want to consider:

Finally, while flossing more can be good for most people, not everyone should floss regularly. Horowitz said that those with orthopedic implants shouldn’t go too hard with flossing.

Additionally, you’ll want to schedule regular visits to your dentist, who can rule out any underlying infections and issues that may not be attributed to lack of flossing (oral cancer, tartar buildup, tooth decay, etc.).

HuffPost may receive a share from purchases made via links on this page. Every item is independently selected by the HuffPost Shopping team. Prices and availability are subject to change.

WTF Is Tongue Scraping And Should I Be Doing It?

Should You Brush Your Teeth Before Or After Your Morning Coffee?