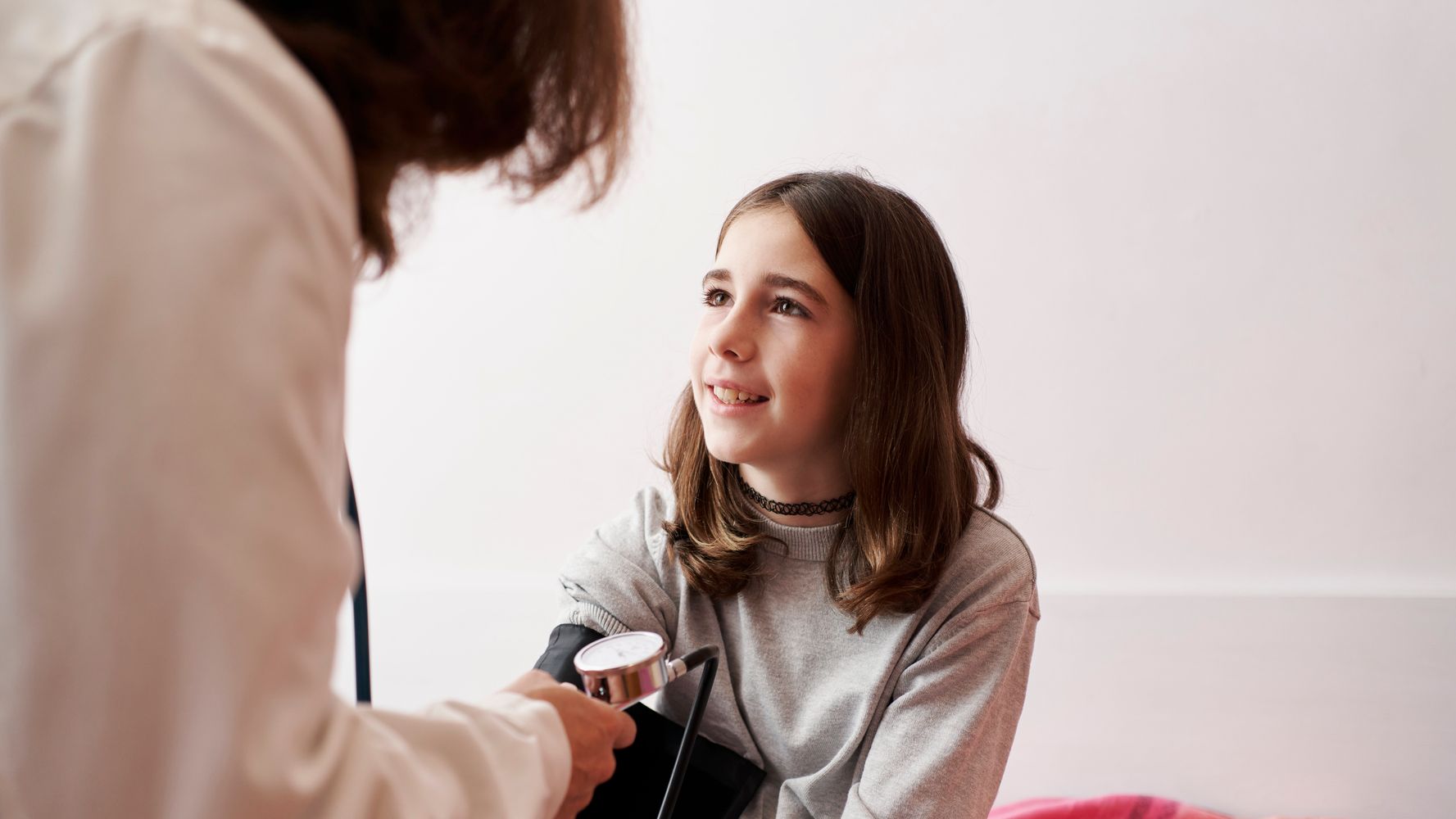 A good pediatrician ― or at least a good, inclusive pediatrician ― is able to talk to kids about nearly anything: a sprained ankle, common colds, allergies to new pets. They’re also able to tackle more personal issues kids may bring up, like gender identity, sexual health and orientation, and new relationships.

Unfortunately, when it comes to queer or questioning kids, not every pediatrician is as well-versed in fielding questions in a way that’s supportive, said Janine Zee-Cheng, a pediatrician and owner of Peppermint Pediatrics in Zionsville, Indianapolis.

“Pediatricians are very good-hearted people, but I have heard many pediatricians say, ‘I treat everyone equally’ and ‘I am open to treating members of the LGBTQIA+ community,’” Zee-Cheng told HuffPost over email.

While these statements are made with the best of intentions, she said, there are some downfalls to treating everyone equally and simply “being open.”

Because of that, they need to be treated differently, Zee-Cheng said.

“There must be an increased awareness by pediatricians of their mental health, of their social and peer interactions, of the dynamics and responses of their family. And not just awareness, but action taken to protect and assist them,” she said.

Some pediatricians may not believe that it is important to differentiate between sex assigned at birth and other aspects of gender, for instance. Or they may not be able to offer inclusive sex education when questions about safe sex are brought up by a teen.

Queer youth are at higher risk for depression, anxiety, substance abuse and suicide. Consistent support from their families and larger community — including their doctor — makes a huge difference in their well-being, though, said Paria Hassouri, a pediatrician in Los Angeles who provides gender-affirming care, and who has written about her own experience as the parent of a transgender child.

It’s worth noting, she said: “When it comes to gender-diverse youth who have started puberty and may need puberty blockers or gender-affirming cross hormones in the future, though, most pediatricians do not provide this care and will need to refer the youth to a specialist.”

Finding a good, inclusive pediatrician may become increasingly important to parents. The number of young people who identify as transgender nationally is about 300,000, according to a new report by the Williams Institute, a research center at the University of California, Los Angeles’ (UCLA) law school, which is much higher than previous estimates.

Looking for one yourself? Below, we walk through what affirmative healthcare for kids entails, why it matters, and how to find an LGBTQ+-affirming pediatrician near you.

A gender-affirming health care practitioner will offer support to not just your child, but to you, too.

An inclusive pediatrician will ask broad questions about their patients’ lives ― nothing too pointed ― according to Mike Guyton-Nunley, a pediatrician and the medical director for the Prisma division of adolescent medicine at Prisma Health in Greenville, South Carolina.

“In my practice, I talk a lot about current support from friends, family, school, feelings and thoughts around their life journey so far, and where the patient sees their journey taking them,” he said.

Through broad questions like those, kids may begin to talk about their preference for “boys” or “girls” clothes. They may allude to their sexual orientation (or who they like at school) and how they’d prefer to identify.

Guyton-Nunley said an affirming pediatrician will also hold space and support the journey of parents and caregivers.

“They may have known their child as ‘someone else’ up until this point; it’s really tough on parents to transition their thoughts regarding their child’s identity so they need our help, too,” he said.

Given the preponderance of anti-transgender legislation sweeping the country ― much of it targeting trans and nonbinary youth in particular ― many parents and caregivers are just looking for a psychologically safe place to get information and share their experiences and concerns, said Henry Ng, the director for LGBTQ+ care and the director of transgender surgery and medicine program at the Cleveland Clinic Foundation.

“With the attention on policies affecting transgender youth in many ways ― health care bans, restroom use, sports ― many patients and families are anxious and worried about how they will be able to navigate school, health care, and life in general,” he said.

An LGBTQ+-friendly pediatrician should have a list of resources that they can provide a family if needed of books, websites, therapists and support groups. Ng said resources he often shares with families include national organizations like the Human Rights Campaign, The Trevor Project and PFLAG, but also information on local LGBTQ+ support groups for patients and their families.

They won’t make assumptions about families.

If your pediatrician asks open, inclusive questions about your household, your kids activities, identity and orientation, it’s a good sign that you’re working with someone who’s affirming.

For example, rather than asking if both parents live at home, Hassouri says she may ask something like, “Who all lives at home? Is there a co-parent at home?”

Instead of asking if a child has any brothers or sisters, she’ll ask, “Do you have any siblings?”

While some children may not be gender-diverse themselves, they may have a nonbinary sibling, and asking about brothers and sisters shows kids that their doctor is not only thinking in a binary way, she said. If they’re offering stickers, they’ll let the patient choose rather than just assuming that they want the Captain America or Elsa sticker.

The same goes for sexual orientation if kids ask questions about safe sex or relationships.

“When speaking to a teen, instead of asking are you attracted to boys, girls, or both, I will ask, ‘What gender or genders are you attracted to?’” Hassouri said. “The first question assumes a gender binary and that you can only be heterosexual, homosexual or bisexual. For someone who is nonbinary, gender-fluid, dating a nonbinary person or pansexual, the first question is not inclusive.”

Expect the pediatrician to provide your adolescent with confidentiality.

Many teens say concerns about confidentiality are a reason why they avoid seeking medical care or guidance. In terms of confidentiality and privacy, providers may meet with older teens alone to talk privately about their health and concerns, Ng said. But kids are reminded that there are some circumstances ― say, when self-harm or the potential for harming others is mentioned ― where information has to be disclosed.

How To Find An LGBTQ+-Friendly Pediatrician

If all of this sounds promising, here are a few few tips on how to find a provider.

Look for visual signs or language that indicates the office ― or their website or social media ― is an affirming one.

The American Academy of Pediatrics now advises pediatricians to introduce themselves with their own pronouns and ask patients for theirs. They also recommend putting up welcoming visual cues that the practice is a friendly one: Pride stickers or posters of diverse families in their clinic’s waiting room or rainbow pins on their lab coats.

“I have both a rainbow pin and a pronoun pin that says she/her and is in the colors of the transpride flag on the lanyard around my neck that has my ID badge,” Hassouri said.

The same goes for their online presence; did they post something for Pride month on social media? Do they have a line about welcoming all kinds of families on their website?

As with everything these days, your best bet is looking online for an LGBTQ+ friendly practice.

“Outcare Health is a great resource,” Zee-Cheng said. “It’s a database for LGBTQIA+-friendly practices. There may be local resources as well. For example, here in Indianapolis, we have an amazing organization called GenderNexus that supports trans, nonbinary, and gender-nonconforming adults and children.”

Find a social media group and ask other families with LGBTQ+ kids for their recommendations.

You may want to seek out Facebook groups of parents of queer kids and see if they’ve had any luck finding doctors in your community. You might also ask on LGBTQ subreddits.

“Many times, social media ― and again, other parents ― is a great way to connect with others who have the same questions as you,” Zee-Cheng said. “Keep in mind, also, that you may be able to find support outside of your geographic area. Some of my strongest friendships were forged online!”

When you call or email the office, ask upfront if they’re an LGBTQ+-friendly practice.

Zee-Cheng, who’s queer herself, learned firsthand that sometimes the best way to figure out if a doctor is a good fit is to simply call their office and ask a team member upfront what their experiences for caring for LGBTQ+ people is like.

“For a long time, I assumed that all doctors would treat me well and accept me for who I was,” she said. “I was a patient of a doctor employed by a faith-based health care system.”

Until the topic of her sexuality came up, she said she was treated very well. But as soon as she needed care that related to her sexuality ― in this particular case, it was with regard to having children in a same-sex marriage ― her relationship with her doctor soured.

“I was told that ‘because this is a religious hospital, I cannot provide you with that care,’” Zee-Cheng said. “So now, whenever I make contact with a new office ― or daycare or dance studio for my daughter, or whatever ― I just ask. Not in a confrontational way — I always add that I just want to know upfront, so that I can make the best decision for my family.”

Ng suggested asking the office questions about about services like PrEP if your child is a teen and if they offer gender-affirming care.

“Also ask about single use restrooms and if there are any open or out LGBTQ+ members employed at the pediatrician’s office,” he said.

Consider also looking for an LGBTQ+ therapist — especially if an affirming pediatrician is out of reach.

It can be difficult finding an LGBTQ+-sensitive and clinically competent pediatrician (or health care provider — nurse practitioner, family physician or physician assistant) outside of larger cities. If your child has pressing questions about their sexuality or gender, it may help to find them a therapist who grasps the complexities of these issues.

“The aforementioned GLMA provider directory is a resource where patients and their families can search for a variety of health care professionals who have the training, knowledge, and experience to care for LGBTQ+ youth,” Ng said.

HuffPost also recently published a brief guide on how to find a therapist that focuses on LGTBTQ+ mental health.

Be patient and dedicated with your search. Ultimately, looking for quality, affirming health care is worth it.

It may take a little extra time to find an LGBTQ+-affirming doctor ― or at least one who is actively learning and expanding their ideas based on the lived experience of those they’ve treated ― but ultimately, it’s worth it.

“Never stop advocating for your child receiving the best care you can find,” Guyton-Nunley said. “Making sure their journey is as safe and predictable as possible is so important.”

How To Find A Therapist That Focuses On LGBTQ+ Mental Health