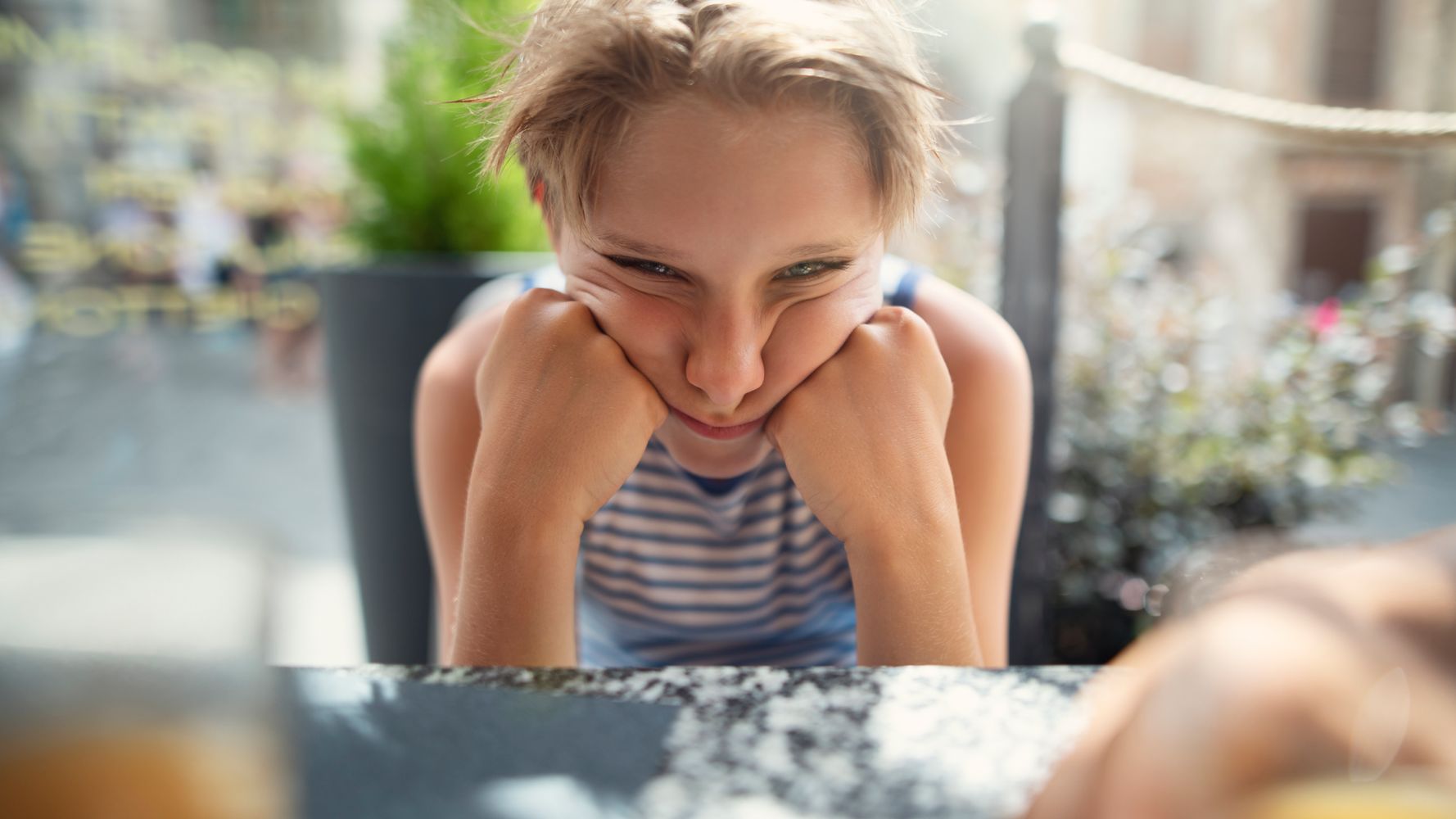 Parents certainly don’t set out to raise children who are entitled — kids who think that they’re somehow owed something by the world around them — but it happens.

And not just to kids who grow up with privilege (financial or otherwise); it can really happen to anyone. Children develop a sense of entitlement in large part because of how they’re parented — like, if they’re not given enough responsibility or not taught how to deal with setbacks. Raising non-entitled kids is important not just because parents generally want to raise good humans. It’s also important because moving through life with a sense of entitlement can take a real toll on their long-term emotional and mental well-being.

Luckily, experts say it’s pretty easy to rein in a child whose sense of entitlement has gotten out of hand — if you know what to watch for. Here are five signs to look out for, and some simple changes you can make right away.

Red flag #1: They can’t take care of themselves

Obviously children cannot fully tend to their own needs, but “teaching responsibility is a huge, huge task of parenting,” said Aliza Pressman, co-founder of the Mount Sinai Parenting Center and host of the “Raising Good Humans” podcast.

And one really powerful way for kids to start to develop a sense of responsibility is to manage some of their own self-care.

So toddlers can start self-dressing (or at least experimenting with putting on an item of clothing or two) as they develop the gross and fine motor skills needed to do so ― and parents should give them space and time to “fiddle with buttons and zippers” on their own, experts say. Preschoolers can start washing themselves in the tub (though they still need to be supervised for safety). Most kids age 8 and up can brush their own teeth. And on and on.

Of course, those are estimates and kids all learn at their own pace. But the goal should be to consciously empower children to do things for themselves — and to let them know it’s expected of them.

“Kids who are entitled can end up not being particularly competent,” Pressman said.

Red flag #2: They don’t have any consistent chores

Kids shouldn’t just be responsible for helping take care of themselves; they should also help around the home.

“Having age-appropriate chores is not burdensome; it shows that you’re a helpful member of the household,” Pressman said. “And just because you don’t want to doesn’t mean you don’t have to.”

It doesn’t necessarily matter what specific chores you give your kiddos, though they should obviously be age-appropriate, Pressman said. And you can start pretty young! Toddlers love to help clean, for example, she said. Let them!

One tip: Do consider giving kids at least one chore that is really family-focused. “Part of the power of chores is teaching your child the importance of helping others,” clinical psychologist Stephanie O’Leary wrote in a Pittsburgh Parent article on the benefits of chores. “If chores include tasks that only benefit your child, such as making their bed or cleaning their room, this lesson is lost.”

Red flag #3: They don’t know how to lose

One mistake many parents unintentionally make? “Having their kids expect that things are always fair,” Pressman said.

They won’t always win. There won’t always be a trophy. That’s true later in life, too, and it can be really helpful to root children in those lessons now.

As the Child Mind Institute explains: “Not learning to tolerate failure leaves kids vulnerable to anxiety. It leads to meltdowns when the inevitable failure does occur, whether it happens in preschool or college. And perhaps even more important, it can make kids give up trying ― or trying new things.”

Don’t assume that knowing how to lose is a skill children just kind of naturally develop; it’s important to deliberately teach that. Be empathetic, model graceful losing yourself, and work on building frustration tolerance over time, the CMI says. Don’t tell them to just get over a loss; give them space to really sit with the experience, and to name the emotions it brings up. Validate how hard losing can feel, but do not try to help them avoid those feelings altogether.

Red flag #4: They have a REALLY hard time hearing ‘no’

If you find your child has a really hard time hearing the word “no” that’s something to pay attention to.

It’s your job, as a parent, to spend some time deliberately thinking about what your boundaries are, and to try to stick with them as often as possible.

When your child brushes up against those boundaries, as will inevitably happen, acknowledge that it feels hard to be told no, but don’t give in.

“You can still be sensitive, kind and loving ― and arm them with the tools to be a flexible person, and not think they are entitled to anything,” Pressman said. Basically, you’re teaching them to “sit in discomfort,” she explained.

Red flag #5: You often wonder if you should be more strict

This last one is less about them and more about you. If you often find yourself thinking that you really are bending the rules more than you’d like — or that you wish you could be a bit clearer with your child on what your expectations are — it may be time for a change.

It’s not about embracing a really old-school and super-strict approach to parenting, which research shows doesn’t really work. (Authoritarian, fear-based parenting doesn’t really give children a chance to develop a sense of self-reliance or kindness toward others.)

Instead, it’s about finding ways to strike that tricky balance of being gentle and firm at the same time, which is hard. It’s a gut check: If you feel like you’re giving into your child too often, you’re really doing them a disservice. Trust that they can learn to deal when things don’t go their way.

“You can be strict,” Pressman said, “but do it with loving compassion.”

What Child Therapists Are Telling Their Kids To Expect This Year

Self-Care Is Hard To Come By As A Parent Right Now. Do It Anyway.

Study finds no evidence of SARS-CoV2 transmission by breast milk
New Awesome Kitchen Gadgets And Appliances From The Future
The Funniest Tweets From Parents This Week (April 3-9)
Serum and breast milk SARS-CoV-2 antibodies correlated in vaccinated mothers
100 Unique Plant Names For Girls And Boys, With Meanings
Follow us on Facebook
Follow us on Twitter