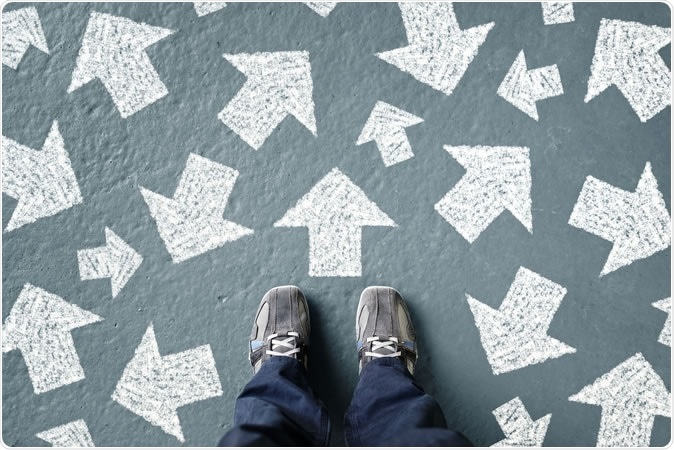 During adolescence, in developed countries, sexual identity tends to become a matter of debate in about a fifth of people. A new study, published in the Journal of Adolescence on November 3, 2019, shows that among children entering adolescence in a rural southern setting within the American culture, a sizable number of teenagers felt unsure at some point about which sex they were attracted to, and how they should describe their sexual orientation.

The researchers took a survey of 744 high school students in the rural southeastern US. All 3 schools selected were in low-income areas. With a roughly equal boy: girl ratio, the data was collected from this group for 3 successive years from 2014 to 2016. The students were recruited from either the freshman or sophomore years.

The study was focused on observing three aspects of adolescent sexuality: how they labeled their sexual identity, how they experienced sexual attraction, and how they experienced sexual behavior with the same or other sex. The researchers wanted to follow up other studies which suggest that these three aspects are not always harmonious. Earlier research suggests that teenagers are particularly prone to fluctuations in these areas of sexual thought over time.

They collected data on sexual identity and attraction to the same/other sex every year, while at the end of the study they asked the students if they had ever had any sexual interaction with the same/other sex.

On analysis of the data, the researchers found that about one in five students reported some change in the way they saw their own sexuality, perhaps classifying it differently in 2 out of 3 years.  A few students reported such changes in their perception more than once or twice. This change was more frequently reported by girls, at 26%, compared to only 11% in boys.

Another set of data had to do with romantic attractions to either boys or girls. About a fifth of students saw differences in the way they saw the opposite sex over the period of 3 years. As in the first situation, some reported multiple switches. 31% of girls, as opposed to 10% of boys, said they experienced changes in their attraction to boys or to girls over this period.

About 20% of boys and 6% of girls at each yearly survey said they were in a sexual minority, and were attracted to the same sex. The researchers also found that most people who reported thinking of themselves as LGBT at some point during the study also had homosexual attractions to some extent, and almost all had some kind of sexual behavior with another person of the same sex.

For heterosexuals, the pattern was not so clearcut. Almost a tenth of girls said they were heterosexual but had variable degrees of attraction to girls. Another 12% of heterosexual girls who said they did not feel romantic towards girls nonetheless had some kind of sexual interaction with girls. In boys, too, roughly the same pattern was observed but to a smaller extent. This is important in the light of earlier findings that show that children who are mostly heterosexual do not fare as well as those who are completely heterosexual.
About 66% of girls, and 10% of boys, among those who said they were attracted to the same sex (to varying extents), had some sexual behavior with the same sex.

The researchers interpret their findings as showing that “Adolescence is a time of identity exploration, and sexual orientation is one aspect of that. One takeaway here is that the process of sexual identity development is quite nuanced for a lot of teens. And based on research with young adults, we expect these patterns will continue for many people into their late 20s and even beyond.”

However, it could be fairly suggested that with confusion in the prevailing cultural milieu, adolescents might simply be getting confusing feedback about who they are supposed to be, and how they are supposed to react to sexual cues from the same or opposite-sex individuals, particularly if the other is professedly part of a sexual minority – in which case all rules are thrown out of the window. This atmosphere of uncertainty could well explain these findings to some extent at least.

Since the data comes from a fairly limited population, further study should involve children from other types of environments and socioeconomic strata. The researchers also suggest future study along the same lines but focusing on sexual minorities this time around.