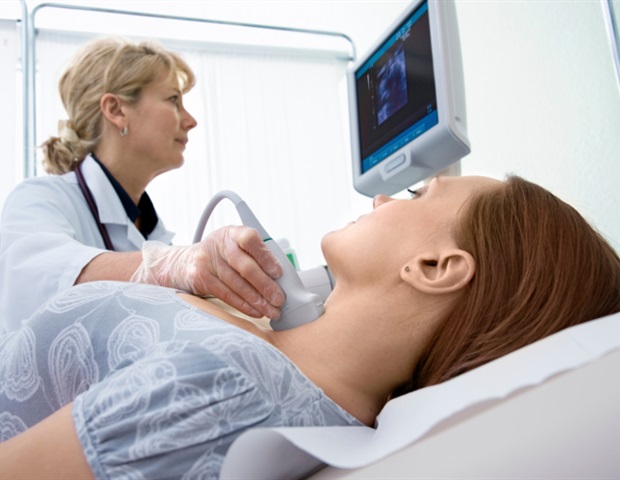 Drugs for diabetes, inflammation, alcoholism — and even for treating arthritis in dogs — can also kill cancer cells in the lab, according to a study by scientists at the Broad Institute of MIT and Harvard and Dana-Farber Cancer Institute. The researchers systematically analyzed thousands of already developed drug compounds and found nearly 50 that have previously unrecognized anti-cancer activity. The surprising findings, which also revealed novel drug mechanisms and targets, suggest a possible way to accelerate the development of new cancer drugs or repurpose existing drugs to treat cancer.

“We thought we’d be lucky if we found even a single compound with anti-cancer properties, but we were surprised to find so many,” said Todd Golub, chief scientific officer and director of the Cancer Program at the Broad, Charles A. Dana Investigator in Human Cancer Genetics at Dana-Farber, and professor of pediatrics at Harvard Medical School.

The new work appears in the journal Nature Cancer. It is the largest study yet to employ the Broad’s Drug Repurposing Hub, a collection that currently comprises more than 6,000 existing drugs and compounds that are either FDA-approved or have been proven safe in clinical trials (at the time of the study, the Hub contained 4,518 drugs). The study also marks the first time researchers screened the entire collection of mostly non-cancer drugs for their anti-cancer capabilities.

Historically, scientists have stumbled upon new uses for a few existing medicines, such as the discovery of aspirin’s cardiovascular benefits. “We created the repurposing hub to enable researchers to make these kinds of serendipitous discoveries in a more deliberate way,” said study first author Steven Corsello, an oncologist at Dana-Farber, a member of the Golub lab, and founder of the Drug Repurposing Hub.

The researchers tested all the compounds in the Drug Repurposing Hub on 578 human cancer cell lines from the Broad’s Cancer Cell Line Encyclopedia (CCLE). Using a molecular barcoding method known as PRISM, which was developed in the Golub lab, the researchers tagged each cell line with a DNA barcode, allowing them to pool several cell lines together in each dish and more quickly conduct a larger experiment. The team then exposed each pool of barcoded cells to a single compound from the repurposing library, and measured the survival rate of the cancer cells.

They found nearly 50 non-cancer drugs — including those initially developed to lower cholesterol or reduce inflammation — that killed some cancer cells while leaving others alone.

Some of the compounds killed cancer cells in unexpected ways. “Most existing cancer drugs work by blocking proteins, but we’re finding that compounds can act through other mechanisms,” said Corsello. Some of the four-dozen drugs he and his colleagues identified appear to act not by inhibiting a protein but by activating a protein or stabilizing a protein-protein interaction. For example, the team found that nearly a dozen non-oncology drugs killed cancer cells that express a protein called PDE3A by stabilizing the interaction between PDE3A and another protein called SLFN12 — a previously unknown mechanism for some of these drugs.

Most of the non-oncology drugs that killed cancer cells in the study did so by interacting with a previously unrecognized molecular target. For example, the anti-inflammatory drug tepoxalin, originally developed for use in people but approved for treating osteoarthritis in dogs, killed cancer cells by hitting an unknown target in cells that overexpress the protein MDR1, which commonly drives resistance to chemotherapy drugs.

The researchers were also able to predict whether certain drugs could kill each cell line by looking at the cell line’s genomic features, such as mutations and methylation levels, which were included in the CCLE database. This suggests that these features could one day be used as biomarkers to identify patients who will most likely benefit from certain drugs. For example, the alcohol dependence drug disulfiram (Antabuse) killed cell lines carrying mutations that cause depletion of metallothionein proteins. Compounds containing vanadium, originally developed to treat diabetes, killed cancer cells that expressed the sulfate transporter SLC26A2.

The genomic features gave us some initial hypotheses about how the drugs could be acting, which we can then take back to study in the lab. Our understanding of how these drugs kill cancer cells gives us a starting point for developing new therapies.”

Steven Corsello, an oncologist at Dana-Farber, first author  of the study

The researchers hope to study the repurposing library compounds in more cancer cell lines and to grow the hub to include even more compounds that have been tested in humans. The team will also continue to analyze the trove of data from this study, which have been shared openly (https://depmap.org) with the scientific community, to better understand what’s driving the compounds’ selective activity.

“This is a great initial dataset, but certainly there will be a great benefit to expanding this approach in the future,” said Corsello.

This collaboration involved the Broad’s Center for the Development of Therapeutics, the PRISM team, the Cancer Data Sciences team, and the labs of Todd Golub and Matthew Meyerson. The work was funded in part by SIGMA (Carlos Slim Foundation, Slim Initiative in Genomic Medicine for the Americas), the National Institutes of Health, and an anonymous donor.

Broad Institute of MIT and Harvard