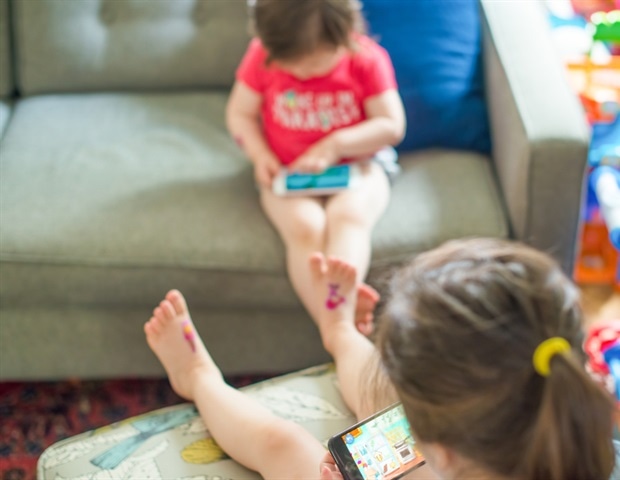 A new study shows that showing infants and toddlers videos or cartoons, for instance, or allowing them to watch these while feeding them, could be a parental measure to reduce the stress of parenting or within the family. The study titled, ‘Association of Parental and Contextual Stressors With Child Screen Exposure and Child Screen Exposure Combined With Feeding’, is published in the journal JAMA Network Open. 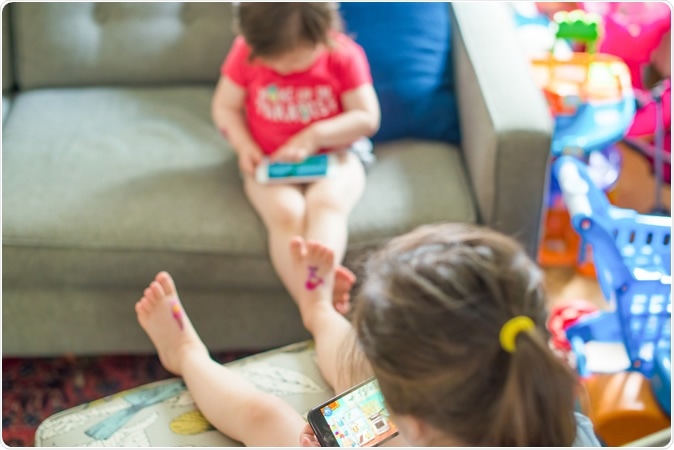 Child screen exposure (CSE) is the time spent either passively or actively engaged with a television, video or other screen. Researchers are looking into the factors associated with this, including the age of the child, the duration of screen time, the content on the screen, whether feeding is associated with screen time, and at what times the child is allowed to watch the screen. Both parental and environmental factors decide how much the child is exposed to screens, with or without accompanying eating.

While some studies find a positive effect of video chatting in very young children below the age of 18 months, others do not. On the other hand, screen exposure in this age group has been linked to problems with normal development in social, emotional, language and cognitive areas. The current study is an effort to contribute to the knowledge of this field.

The population-based study was designed to find out if any link existed between the amount of time a small child was exposed to the screen, or had screen time combined with feeding, and the stress of the individual or the family. The almost 1,100 children in the study were between 7 and 18 months, and there were almost equal numbers of male and female children. All came from TARGet Kids, which is a network of primary health care centers in the Canadian city of Toronto. All children were healthy, and all families spoke English. The study period was April 1, 2019, to July 31, 2019.

Questionnaires were distributed to the target families to be completed by the parents. The questions had to do with the level of parenting stress, any negative temperamental features of the child, the family’s physical and social environment, and the family income.

About 92% of responding parents were mothers, and of those who reported their origin, 62% were of European origin. Of those who reported their household income, almost 90% had more than Canadian $60,000 a year. Almost 95% were college or university graduates, more than 83% were working mothers, and well over half had only one child in the home. The average child age was about 12 months.

The researchers found that 75% of children had screen exposure during a given week. The mean exposure was over 400 minutes, or almost 7 hours, per week. However, the range of exposures found its median at 225 minutes, which is less than 3.6 hours, per week.

Screen exposure with feeding was reported by about 37% of parents, with a mean of 4.4 meals or snacks being eaten in front of a screen per week. This range was extremely large, from 0 to 28 meals or snacks with screen time per week.

Older children had 1.4 times higher odds of having screen exposure than younger children. There was a 43% increase in the odds of screen time between the group aged 7-12 months to the group aged 13-18 months.

With income, screen time showed an inverse relationship, with a 26% increase as the income went from above Canadian $60,000 per year to below this level. On average, however, low-income parents allowed 108 more minutes of screen time per week.

When the feeding at screen time component was analyzed, they found that about 1 in 3 children watched a screen while feeding. Older children had almost 80% higher odds of watching a screen while they ate, from 33% in the 7-12-month age group to 49% in the other group.

Parenting stress is associated with an increased tendency to allow younger children more screen time. Some reasons may be that mothers think of screen time as a safe and affordable way to distract or occupy the attention of the children while they get their own work done, or to calm their children down or prevent arguments or unpleasant situations within the family. Some have called the screen a “digital playpen” for this reason. This points to lack of family and social support for childrearing in many of these cases.

The study comprised mostly well-educated, high-income two-parent families which limits its potential application to some groups. The self-reporting model may also introduce some bias into the data. However, the detailed information on both child screen time and screen time with eating, the evaluation of multiple stressors and the statistical method used make the results reliable.

The findings show that allowing children less than 2 years of age significant amounts of screen time is a pervasive practice. The reasons for this may be multiple, but the risks of excessive screen exposure to the child’s development are established. The researchers recommend interventions such as telling parents about these dangers and offering other ways to reduce family and parenting stress. Moreover, parents should be shown alternative ways to deal with children other than screens, and most importantly, given proper social and family support to help care for the children under such conditions.