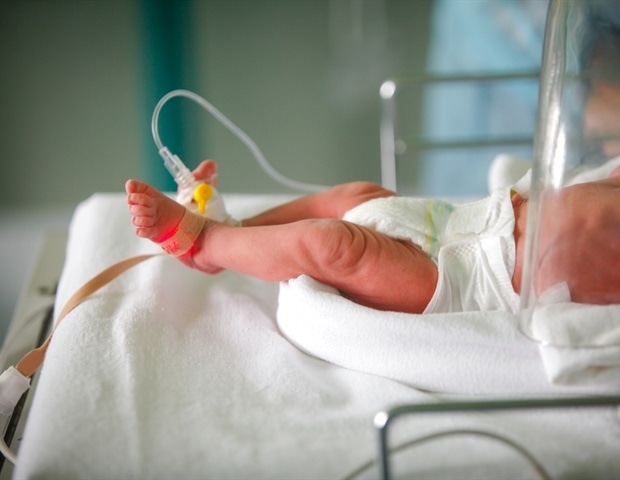 Preterm birth occurs before 37 weeks of gestation and has been tied to many complications in the infant. In Canada, the rate of survival of very preterm infants born between 28 to 32 weeks, improved by 25 percent, thanks to the national Evidence-based Practice for Improving Quality (EPIQ) program in neonatal intensive care units (NICUs) across the country. 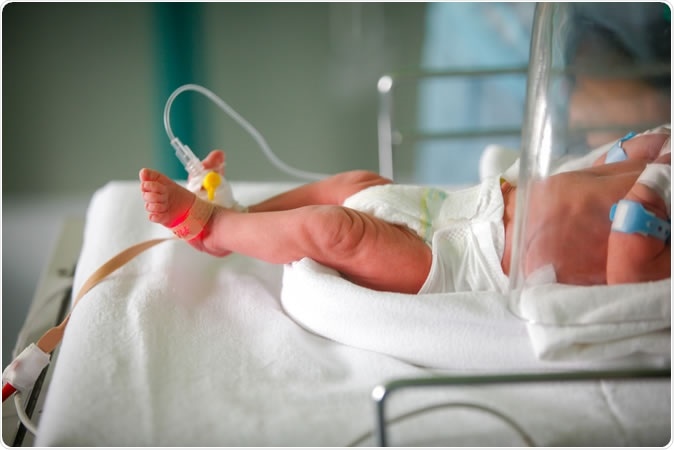 In a new study published in the Canadian Medical Association Journal (CMAJ), the researchers have shown that after the implementation of the EPIQ program, which was introduced in 2003 by the Canadian Neonatal Network in 25 neonatal units in the country, the survival of very preterm babies without major adverse health effects increased from 56.6 percent to 70.9 percent (25 percent). For severely preterm infants, born between 23 weeks and 25 weeks, the survival rate increased by 5 percent.
The researchers from Sinai Health in Toronto conducted the study among more than 50,000 infants born prematurely from 2004 to 2017.

Prematurity heightens the risk of infants developing chronic health issues. With the implementation of the quality improvement program, the incidence of many adverse outcomes lessened. The program helped reduce the incidence of bronchopulmonary dysplasia, which is a chronic lung illness linked to being born prematurely, by 15 percent, and late-onset sepsis by 44 percent.

“Within the Canadian neonatal community, we have developed a system of continuously learning from each center about how evidence-based strategies are implemented and what are the barriers and facilitators for improving quality. This learning, combined with a regular flow of data to guide our practices, has significantly improved outcomes for most vulnerable newborns,” Dr. Prakesh Shah, Paediatrician-in-Chief at Sinai Health and Director of the Canadian Neonatal Network, said.

“Our study shows that if we apply what we know in a systematic way, we can improve quality of care and outcomes over the longer term for preterm babies,” Dr. Shah added.

The Evidence-based Practice for Improving Quality (EPIQ) is a quality improvement (QI) method for neonatal intensive care units (NICUs) that modifies evidence-based practice change to each NICU. The program aims to provide good health care, implementing practice change based on evidence and data.

Dr. Shoo K. Lee, from the University of Toronto, initiated the program in 2002, since preterm babies at a higher risk of death and disabilities. Dr. Lee started the program to reduce the rising rates of nosocomial or hospital-acquired infections and bronchopulmonary dysplasia (BPD) among preterm infants.

At present, 30 NICUs across Canada are implementing EPIQ, along with other countries who adapted the program. These include 38 NICUs in Malaysia and six Latin American countries. China has started a pilot study of the implementation of EPIQ in the country.

Being born preterm is tied to several chronic health issues. The short-term complications include respiratory problems, due to the lung’s lack of surfactant, a substance needed for lung expansion, brain problems, increased risk of bleeding, brain and heart problems, and problems with metabolism, temperature control, and anemia. Preterm babies are also at a high risk of contracting infections due to the immune system’s immaturity.

One of the major complications linked to prematurity is bronchopulmonary dysplasia (BPD), a chronic lung disease affecting newborns, mostly premature infants. BPD results from damage to the lungs caused by using mechanical ventilators and long-term oxygen use. Though most infants recover from the lung condition, they may experience long-term breathing problems.

BPD can also develop as a result of other adverse conditions that a premature infant’s lungs have problems coping with, including pneumonia, congenital malformations of the lung, and other infections.