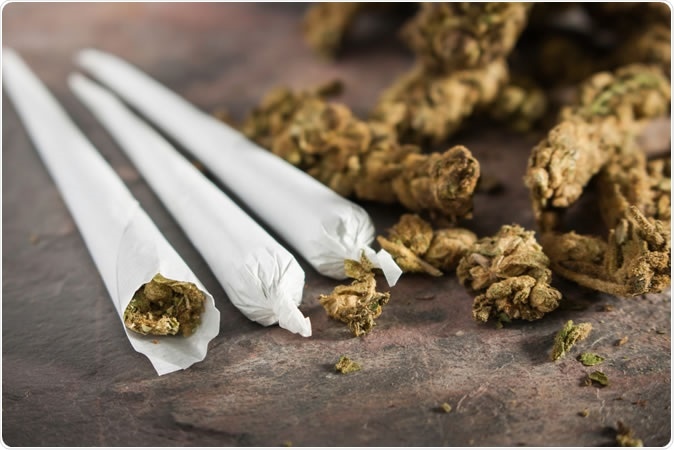 Researchers from Harvard Medical School, McLean Hospital at Belmont, MA have found that parents using marijuana could be raising the risk of their children picking up addictions such as marijuana, tobacco, alcohol and even opiods misuse. Their study titled, “Associations of Parental Marijuana Use With Offspring Marijuana, Tobacco, and Alcohol Use and Opioid Misuse,” was published in the latest issue of the journal JAMA Network last week.

Lead author Bertha Madras from the Department of Psychiatry at the Harvard Medical School, McLean Hospital, and her colleagues explain that marijuana use is on the rise among adults and in many cases it is also associated with use of other addictive substances as well. This study explored if use of marijuana among the parents could raise the possibility of the offspring picking up the habit and other substance abuse problems.

The authors wrote in the study, “Adolescent marijuana use is highest among those with parents and peers who use marijuana compared with non-using counterparts, whereas peer influence on youth substance use can be neutralized by parents who do not use substances. In general, living with a parent who uses substances or has substance use disorder is a risk factor for use of substances among young offspring.”

For this study the team looked at data between 2015 and 2018 from the National Surveys on Drug Use and Health (NSDUH). This data shows the health and lifestyle behaviours of teenagers and young adults who are living with one or both parents. Between September 21st and 23rd this year the final analysis was conducted. Measures taken into consideration were use status of marijuana among parents and outcomes measured were “self-reported use of marijuana, tobacco, or alcohol or misuse of opioids” among the adolescents and youth studied.

The team wrote about the problem explaining, “Peer influence, genetics, family environment, family interactions, and quality of parenting are among the risk factors and protective modulators of children’s substance use. With peak marijuana use occurring among adults of childbearing and childrearing ages, parental marijuana use conceivably poses a direct environmental risk of normalizing marijuana use and enabling access to marijuana for their offspring.”

The researchers wrote that reducing marijuana and substance abuse risk among teenagers and young adults is a key step and the prevention could begin at home. This study reveals that parental counselling and de-addiction could help reduce the risk of present and future marijuana use among the youth.

The team of researchers wrote in conclusion, “In this cross-sectional study, parental marijuana use was associated with increased risk of substance use among adolescent and young adult offspring living in the same household. Screening household members for substance use and counselling parents on risks posed by current and past marijuana use are warranted.” They wrote, “As any substance use among young people increases the probability of using other or multiple psychoactive substances and of experiencing substance-related consequences, preventing a cycle of multigenerational substance use should be a national priority.”

An accompanying article was published in the same issue of the journal. This was titled, “A Renewed Focus on Youth Substance Use Prevention Is Needed Among Health Care Professionals and Families”.

In this article authors Robert DuPont and Caroline Dupont wrote about the key findings of the study by Madras and colleagues. They explained that “The adjusted risks of substance use were up to 2.5-fold higher among offspring of parents who had any lifetime marijuana use compared with their peers whose parents never used marijuana.” They emphasize that this age before 18 years is a vulnerable time when the brain is susceptible to substance abuse.

The duo wrote, “This underscores the importance for health care professionals, particularly those in family medicine, pediatrics, and adolescent medicine, to address substance use among their patients, keeping in mind the added risk to youth from parental substance use.” As an initial step they recommend validated risk tools such as Screening to Brief Intervention, Brief Screener for Tobacco, Alcohol, and Other Drugs etc. they call for “the need for engagement by both parents and health care professionals in youth substance use prevention and parental substance use disorder treatment.” They wrote in conclusion, “Rather than drug specific approaches to policy, prevention, and treatment, we must recognize the close connection of all substance use as well as the intergenerational contagion of substance use.”