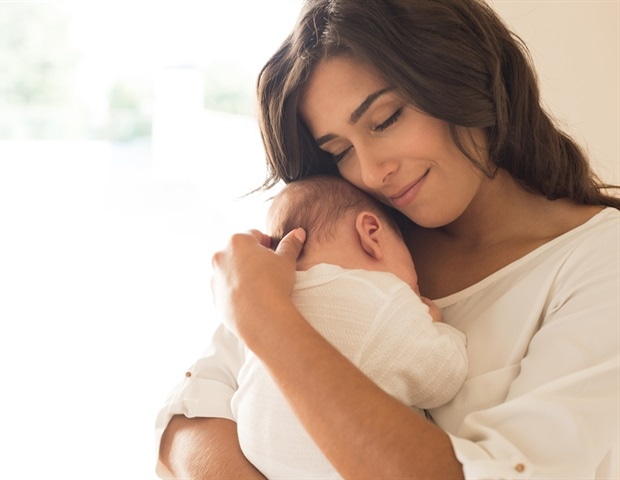 Placing an infant to sleep safely can save lives. A new, free mobile app, Baby be Well, helps families keep their infants safe throughout the first year of life. By incorporating activities that encourage frequent return visits, the app provides users with proven guidance of safe sleep practices to reduce the risk of Sudden Infant Death Syndrome (SIDS).

Developed by scientists at Rutgers Robert Wood Johnson Medical School in association with volunteers at Microsoft Corp. as part of its AI for Good initiative and Tata Consultancy Services, the free app is being rolled out for android devices today, with the iOS version to follow shortly.

“We focused on making the app an appealing and interactive experience to promote return visits and repeated exposure to the safe infant sleep guidelines of the American Academy of Pediatrics,” explains Barbara Ostfeld, PhD, professor of pediatrics at Robert Wood Johnson Medical School and one of the scientists involved with the app’s development. “We found that those reminders help maintain awareness and adherence not only when a child is born, but throughout the first year.”

To encourage return visits, the app is designed as a traditional baby book where parents can upload photographs and milestones and even track day-to-day activities such as feedings. Parents can share their personal account with grandparents and other caregivers, therefore, along with the keepsakes and schedules, recipients also receive safe sleep tips and reminders.”

Thomas Hegyi, MD, professor of pediatrics and involved in the app’s creation

To make the safe sleep advice enjoyable to explore, the app was designed to be interactive. In addition to depicting and describing a safe sleep environment that can be viewed with each visit to the app, there are ever-changing tips of the day and a question and answer game where users test their knowledge and learn even more about keeping infants safe.

“Encouraging grandparents to become frequent visitors to this app also is important because advice on safe sleep has changed so much since we raised our own children,” noted Dr. Ostfeld. “For example, parents are now advised to place infants to sleep on their backs in cribs without bumpers.”

Drs. Hegyi and Ostfeld also serve as members of the Research Partnership of the Aaron Matthew SIDS Research Guild, an international initiative based at Seattle Children’s Hospital Integrative Brain Research Institute. The program was started by John Kahan, chief data and analytics officer at Microsoft, in memory of his son whose death was attributed to SIDS. Working with volunteers from Microsoft, led by Sushama Murthy, principal data scientist, the Rutgers team presented the challenge of how to inspire return visits to an educational app, resulting from experience with an app they published previously. The baby book model was thus created, ensuring continued promotion of safe sleep practices over time and which could be shared with friends and family. Rutgers University contributed support for the initiative, and Steven Wen, assistant manager, Office of Information Technology at Rutgers Robert Wood Johnson Medical School, will oversee the launch.

Drs. Hegyi and Ostfeld also serve as medical and program director, respectively, of the SIDS Center of New Jersey, which is funded by the New Jersey Department of Health and is based both at Rutgers Robert Wood Johnson Medical School and Hackensack University Medical Center, part of Hackensack Meridian Health. The program provides bereavement support for New Jersey families whose infants died suddenly and unexpectedly, conducts research, and provides risk reduction education. Its research has helped inform the safe sleep guidelines of the American Academy of Pediatrics, and in association with its long history of safe sleep education programs, New Jersey has one of the lowest rates of sudden unexpected infant deaths in the U.S.