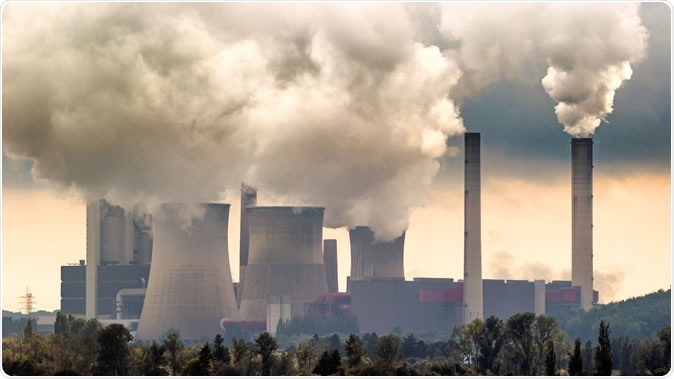 The study titled, “Short term exposure to fine particulate matter and hospital admission risks and costs in the Medicare population: time stratified, case crossover study,” was published in the latest issue of the journal BMJ.

The study has revealed that hospital admissions for urinary tract infections, heart failure, strokes, cancers, mental health problems, miscarriages etc. may all be associated with the rising air pollution. A study published earlier this year had revealed that polluted air exposure could adversely affect almost all cells of the body.

Prof Francesca Dominici, of Harvard University, one of the authors of the study in her statement said, “The drive behind [the new research] was to do the most comprehensive study ever conducted at looking at all possible causes of hospitalisation that could be [linked] to exposure to fine particulate matter.” In fact this study looked at association between air pollution and 214 different disease processes.

Dominici and colleagues, for this study looked at over 95 million (95,277,169) insurance claims that had been made between 2000 and 2012 in the United States by patients admitted in the hospital. These patients were aged over 65 years and were covered under the Medicare programme. From these records the team traced back to the areas these individuals lived in and the level of fine particulate matter PM2.5 that these individuals were exposed to. PM2.5 is produced by vehicle emissions as well as from emissions of power stations. Based on the locations of these individuals from the zip codes the team gathered data on air pollution levels in the areas. Next step was to compare the level of air pollution for each of the patients with the two days they visited the hospital as well as other points in time. Other factors that could affect the results such as the ambient temperature, weather factors, socioeconomic background of the patients, their age, gender etc. were taken into account while assessing the association between air pollution and the diseases.

First author of the study, Yaguang Wei explained that the effects of PM2.5 were seen on many of the organs. Wei explained, “It has a more systemic effect on multiple pathophysiological processes such as inflammation, infection, and water electrolyte balance.”

Results showed that those who were exposed to polluted air over short term suffered more from heart failure, heart attacks and pneumonia. This corroborates with the earlier studies. Heart failure was one of the greatest risks associated with air pollution with only 1 micrograms per cubic metre rise in PM2.5 over a two-day period being associated with 68 more elderly patients per billion being hospitalized. Thus the risk of heart failure rose by 0.14 percent per microgram per cubic metre rise in PM2.5 wrote the researchers. The results showed that several other conditions were also associated with air pollution and these include diseases such as septicaemia, urinary tract infections, Parkinson’s disease etc. UTI for example increased by 39 elderly per billion with rise in PM2.5 over short term.

The team further noted that every year there has been an average of 122 days when PM2.5 levels rose by 1 micrograms per cubic metre or more. These above data showed the hospital visits associated with short term rise in PM2.5. Other data revealed that exposure to high PM2.5 also caused 634 more deaths per year and raised the costs of inpatients and post-acute care by around $100 million. These trends were true even for days when the levels of PM2.5 were within the limits set by the World Health Organization (WHO) found the researchers.

They wrote, “Positive associations between short term exposure to PM2.5 and risk of hospital admission were found for several prevalent but rarely studied diseases, such as septicemia, fluid and electrolyte disorders, and acute and unspecified renal failure. Positive associations were also found between risk of hospital admission and cardiovascular and respiratory diseases, Parkinson’s disease, diabetes, phlebitis, thrombophlebitis, and thromboembolism, confirming previously published results.”

The team wrote in conclusion, “New causes and previously identified causes of hospital admission associated with short term exposure to PM2.5 were found. These associations remained even at a daily PM2.5 concentration below the WHO 24 hour guideline. Substantial economic costs were linked to a small increase in short term PM2.5.”

The researchers have recommended that air pollution guidelines should be reviewed and revised in light of these findings. In an accompanying editorial by researchers from the University of Southampton, it says, “Clearly, there is much still to learn, but we should not mistake knowledge gaps for paucity of evidence. The sooner we act, the sooner the world’s population will reap the benefits.”