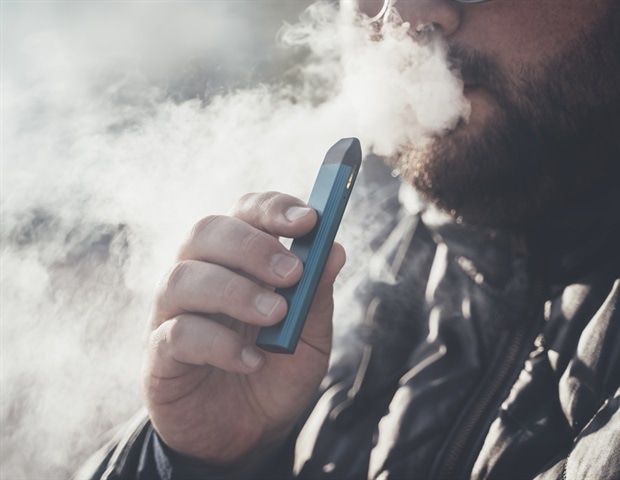 Over the past few months, there was a sudden surge of patients presenting with mysterious lung disease, e-cigarette, or vaping, product use-associated lung injury (EVALI), which was tied to e-cigarette use. Now, the Centers for Disease Control and Prevention (CDC) reports more than 2,500 hospitalizations and a total of 54 deaths. 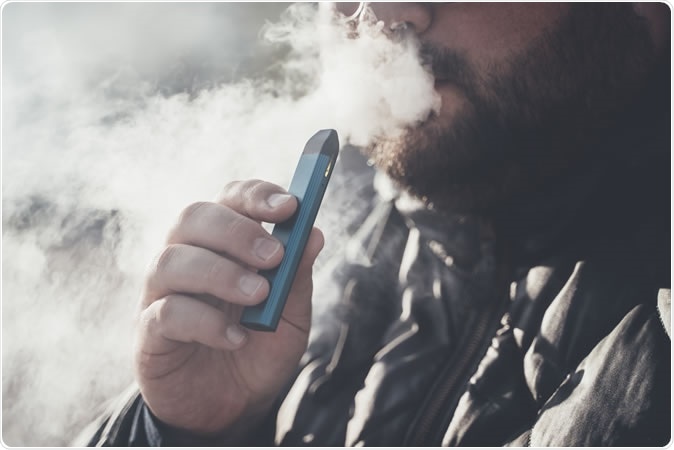 Vaping lung injuries have spanned all 50 states, with cases from the District of Columbia, the U.S. Virgin Islands, and Puerto Rico. While the number of hospitalizations slowed in recent weeks, the latest data released by health officials show that most people who developed lung disease after vaping confirmed using THC-containing products.

THC or tetrahydrocannabinol is a psychoactive component of the marijuana plant and has been used widely in e-cigarette devices such as vaporizers. The CDC’s new data suggest that the outbreak might have peaked in mid-September when the reported cases of severe lung disease increased by hundreds per week. In August, there were just less than 200 cases of severe lung disease reported. However, by the end of September, the number soared to a staggering 1,000 cases.
Though the number of reported cases has been declining in recent weeks, certain states are still reporting new hospitalizations due to EVALI to the CDC every week. Health officials encourage everyone to be vigilant in reporting cases of lung disease.

The CDC performed a series of laboratory tests of BAL fluid samples from 29 patients across ten states. Scientists found that vitamin E acetate had been added in all samples. THC was also confirmed to be an ingredient in as much as 82 percent of all the samples while they identified nicotine in 62 percent of the samples.

Aside from these chemicals, the CDC tested for other substances that might be found in e-cigarette products, such as petroleum distillates, plant oils, and terpenes. None of these chemicals were found but they confirmed that vitamin E acetate has been linked to the lung injury found in patients using vapes. While it appears that vitamin E acetate is tied to the development of EVALI, there are other chemicals that are currently being tested, hinting that there might be more than just one cause.

Vitamin E acetate should be added to vapes and e-cigarettes since its effects have not been studied yet. People should also refrain from adding other substances to these products.

Health officials also urge the public to observe for signs and symptoms of EVALI or severe lung disease including cough, shortness of breath, chest pain, diarrhea, nausea and vomiting, fever, chills, tachypnea or rapid and shallow breathing, and tachycardia or rapid heartbeat.

Pathology reports and examinations have shown that vaping causes fat to build up in the lungs, which triggers an inflammatory response, making it harder to breathe.

Treatment involves reducing inflammation in the lungs. Doctors usually treat patients with EVALI with corticosteroids. Some people may need to be placed on ventilators to help them breathe.

What is vitamin E acetate?

Vitamin E acetate is usually used as an additive and a thickening agent in e-cigarettes or other vaping products. It’s also used in common cosmetic products and supplements. Though vitamin E is commonly found in many foods, including vegetables, fruits, cereals, meat, and vegetable oils, vitamin E acetate, when inhaled, may alter normal lung function.

The substance is not safe to inhale, since it’s sticky and honey-like, making it accumulate in the lungs. When it interferes with lung function, it can cause difficulty breathing and eventually, severe lung injury.

Centers for Disease Control and Prevention (CDC). (2019). Outbreak of Lung Injury Associated with the Use of E-Cigarette, or Vaping, Products. https://www.cdc.gov/tobacco/basic_information/e-cigarettes/severe-lung-disease.html#latest-outbreak-information