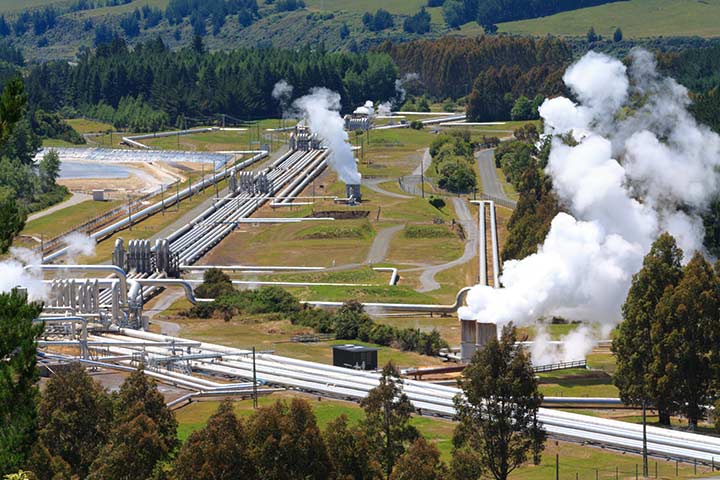 Read this MomJunction article to know more about geothermal energy and 41 fascinating facts about it.

1. What Is Geothermal Energy?

2. How Is Geothermal Energy Produced?

The earth has different layers namely the inner core, outer core, mantle, and the crust, which is the top-most layer of earth. Temperatures within the inner core reach a whopping 10,800°F (5982°C) and can transmit the heat across the layers. Temperatures between the mantle and crust boundary can reach 392°F (200°C). This heat is absorbed by the rock within the earth’s crust, and eventually by groundwater. It is this heated water that erupts from the hot water streams formed out of cracks on the earth’s crust. Geothermal energy application harnesses this energy emanating from the core of the earth.

3. How Is Geothermal Energy Used?

Geothermal energy has several applications, but the most common one is the generation of electricity. Some countries also use geothermal energy to generate heat that goes into warming of their homes.

Yes. Geothermal energy is renewable as humans consume a very small amount of the energy that the earth generates. Also, the earth can quickly replenish the energy consumed by us humans.

5. When Was Geothermal Energy First Used?

Historians believe that human civilizations have been using geothermal energy for centuries. For example, the Romans are known to have used hot springs for bathing more than 1000 years ago! They would also run the hot water through underground channels to heat the floor of a house during winters.

6. Which Was The First Geothermal Plant In The World?

The first geothermal plant was built at Larderello, Italy, in the year 1904. Steam from water heated with geothermal energy was used to power a small turbine, which generated enough electricity to power five light bulbs. 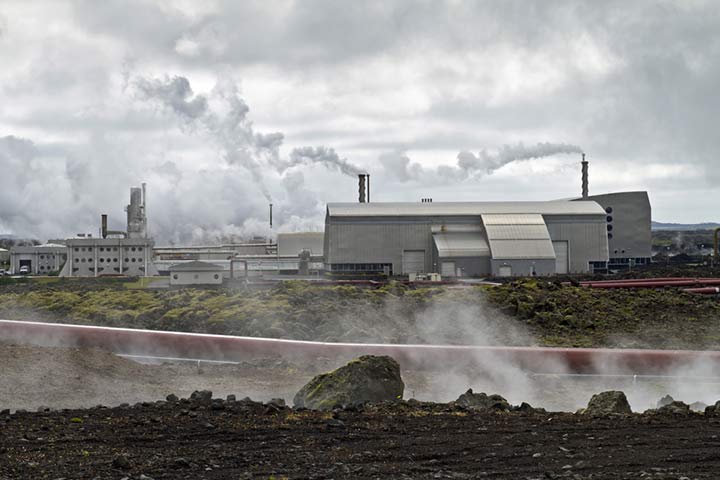 7. Which Is The World’s Largest Geothermal Energy Plant?

Geysers Geothermal Complex to the north of San Francisco, California is the world’s largest geothermal energy plant. The 22 power plants within the complex can generate 725 megawatts of electricity, which is sufficient to power 725,000 homes.

8. How Long Do Geothermal Plants Function?

Geothermal plants run 24 hours a day for seven days a week and can produce a stable quantity of energy that can be easily modulated for a controlled output.

9. How Many Countries In The World Produce Geothermal Energy?

There are 24 countries in the world with functional geothermal power plants.

10. Which Country Produces The Most Geothermal Power?

The United States produces the most geothermal electric power followed by the Philippines and Indonesia. 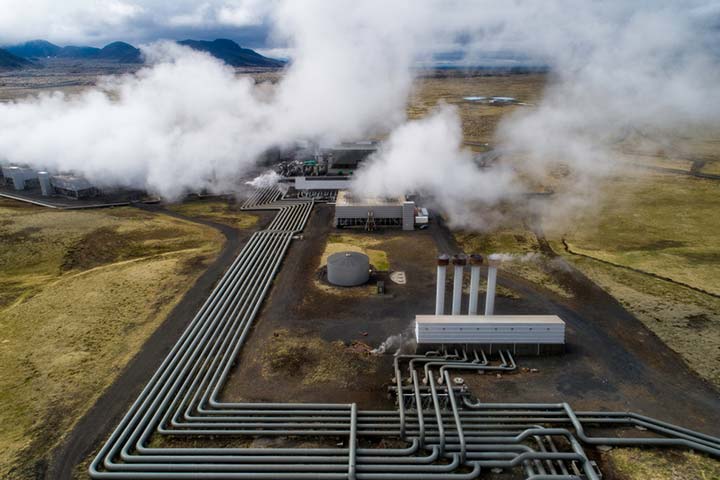 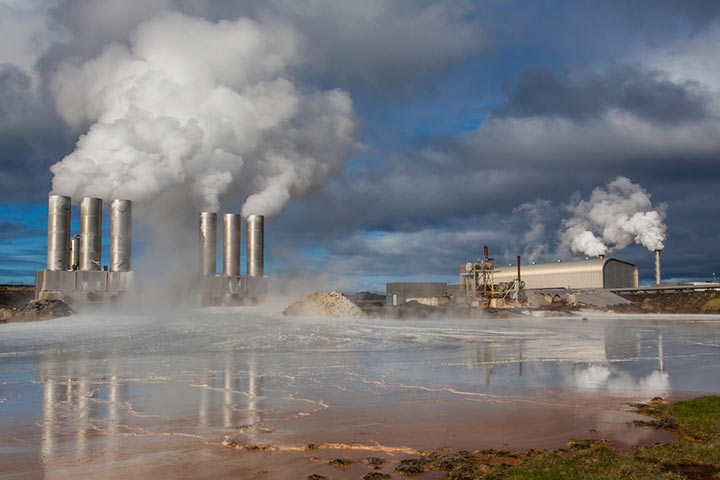 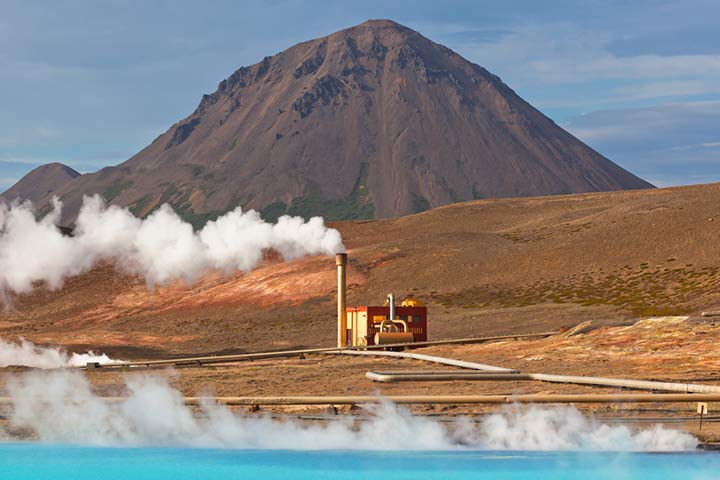 41. Energy experts believe that the cost of setting up a geothermal power plant is likely to decrease gradually. By 2024, the global geothermal energy market is expected to increase by 12.2%.

Geothermal energy provides several advantages with the paramount being low carbon footprint and long-term sustainability. Fossil fuel energy is widely known to cause lasting damage to the environment and health. Geothermal energy is probably the need of the hour, just like several other renewable forms of energy produced naturally by our planet.